Is a “just transition” possible for Māori?

James Whetu, Whetu Consultancy Group
Photo credit: Nate Watson
One of the key phrases of the Labour, NZ First and Greens coalition government (recently replaced by a Labour government in the October 2020 election) in their policy response to climate change in Aotearoa was “just transitions.” This phrase was also the go-to phrase of the Productivity Commission’s ‘Low Emissions Economy’ report of 2018 and also the All-of-government framework to climate change introduced by the previous government. Under the new government it is very likely the phrase will remain, but will the sentiment?

What does a Just Transition look like for New Zealand? What does it look like for individuals, collectives, businesses, communities? What does it look like, and is it even possible, for Māori?
At this point in time, a just transition is associated with a pathway towards a low emissions economy. It is linked with the government’s economic strategy and national policy to facilitate a market response to climate change (eg effective ETS, high quality regulations and effective standards). It will require significant change in what New Zealand produces and how it is produced. This is what it looks like and should look like, for everyone.

With this pathway there comes potential impacts and opportunities including for land use change. A shift from dairy, sheep and beef towards horticulture, forestry (timber harvesting), and a focus on marginal or unproductive land (much of which is Māori owned).

We will also see an increase in renewables. This would see more hydro-generation (includes preferential access to freshwater), an increase of wind turbines in our landscapes, and unlocking progress with geo-thermal generation. A big part of this pathway is also the electrification of vehicles and associated infrastructure and in turn this is connected with increased generation. 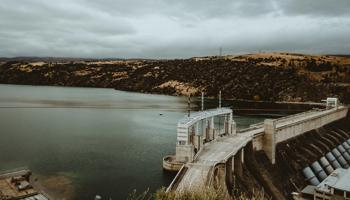 In a recent piece of work Whetū Consultancy Group undertook for the Climate Change Commission, we discovered that indeed, concepts of climate change, adaptation, resilience and transitioning for the country, vary. They vary for New Zealanders and they vary for Māori.

What we do know is that Māori will be impacted by the decisions that the government and policy makers impose on New Zealand in efforts to address, navigate and mitigate climate change and also to adapt to the impending changes in climate.

The Productivity Commission’s report ‘Low emissions economy’ found (unsurprisingly) that Māori were vulnerable to downstream effects of the imposed costs of emissions. The report indicated that those in lower income households spent proportionately more of their household income on living costs that are likely to rise with emissions. Māori disproportionately occupy this group. Reports produced by the Interim Climate Change Commission in 2019 further confirmed this.

The report also highlighted that Māori investments in industries impacted by emissions policy are abundant, therefore impacts may be significant, especially in forestry, agriculture, and fisheries. These industries will bear the brunt of policy shifts and by default the impacts for Māori collectively could be significant. The nuances of collective ownership and governance models make fluidity or readiness for change more challenging as well as the institutional barriers and limitations to available options remain an issue with Māori land tenure.

Further the previous government established a “Just Transitions” unit within the Ministry of Business, Innovation and Employment, with the Transition Hub being led by the Ministry for the Environment. This proposed Just Transition is inextricably linked to a low emissions economy which itself was linked to that government’s Economic Strategy. It is noted that there has been very little engagement with iwi/Māori in the preparation of economic policy, historically, or for the purpose of climate focused economic policy, a situation that continues. He Kai Kei Aku Ringa – Crown-Māori Partnership Strategy, was a hearty attempt at weaving the Māori economy and economic strategy throughout but it is out of date as it does not refer to the transition to a low emissions economy.

Although there are opportunities, it is recognised by government agencies that the transition to a low emissions economy will be a tough and complex undertaking for New Zealand. The Ministry for Primary Industries recognises that Māori have a high level of interest in the low emissions economy as a large proportion (~50%) of Māori-owned businesses are in “climate sensitive” sectors such as agriculture, forestry, fisheries and tourism.

Further, even with the gaps for Māori having been made glaringly obvious, through our review of the research undertaken by independent researchers and funded research projects, we can see that little is being done to acknowledge or work through these issues in supporting a just transition for Māori. The review shows that there are currently very few climate focused research projects specifically focused on Māori and that any relevant climate research focuses only on Māori land and land use change. While helpful, it is not enough. Social or cultural impacts research is all but non-existent in the context of climate impacts or transition.
The Office of the Parliamentary Commissioner for the Environment (PCE) has also released a number of reports  on climate change and related transitions in recent years. Yet, a review of this material indicated that PCE appears to have a significant lack of understanding around the potential impacts of the transition to the Māori economy. These reports span over a decade but reveal a dearth of focus on Māori perspectives or the consideration of impacts for Māori. Over time this has further perpetuated an overall lack of depth around the understanding of issues for Māori at this level. This lack of complex understanding of the issues for Māori makes it very difficult to argue that there is pursuit of what is just for Māori.

In so far as the Treaty is concerned, the PCE acknowledges that the Treaty has a role to play in the climate policy space but does not define nor suggest what this should look like, or what it consists of. Knowing that this issue is left unclear, some serious thought should be given to how honouring the Treaty and adopting a Treaty Partnership approach might look in the development of climate policy, budgets and target emissions context and for a just transition.

Overall the national policy landscape seeks macro level/nationwide outcomes, however the true impact of adaptation and responses, as well as the true action that is required, are at a local level where policies are implemented, and developments are proposed, assessed and performed. 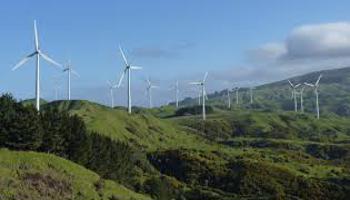 If we are to advance New Zealand’s transition to increased renewable energy will there be fairness for Māori if wind turbines (and associated infrastructure) are located on sacred mountains or ancestral lands and waahi tapu? Similarly, will there be equality and equity if hydro-generators are given priority and preferential treatment to have access to and rights over freshwater and its use, particularly where these rights and interests have yet to be resolved?

The changes, choices and suggested transition pathways that have been identified for reducing emissions may result in iwi/Māori needing to choose one ‘good’ over another.

It is clear that Māori will play an integral role in the renewables discussion both now and into the future. Continued reduction in emissions may rely heavily on access to resources and iwi/Māori need to be clear on where they stand and what trade-offs will take place in the balance of immediate environmental protection/preservation, and reducing emissions for the greater, longer term global environmental gains. Is there a way to recognise these trade-offs at a local level?

The challenge isn’t necessarily about managing the impacts of adaptation and response through a transition, but whether those who are involved in and support New Zealand’s energy and agriculture industries are willing to change their ideals and practices to understand and appropriately weigh the localised impacts on Māori, whilst contributing in their capacity towards the macro level/nationwide outcomes sought by national policy.

Some measures that can assist with a just transition and help minimise the impacts include relationship building on a genuine enduring basis, particularly where resource use is concerned. Building a relationship before you need something is always valued. Seeking partnerships ahead of strategy, engaging and involving Māori at the outset will always result in better outcomes for all.

Another measure is working to consider the nuances of Māori land ownership and working to these timelines and tailoring milestones accordingly to overcome these barriers to development. And further, working within existing policy directives around resource protection to meet and provide for Māori values is key.

It will be difficult to undertake a just transition purely through national policy. To accommodate the impacts on Māori from such a transition and climate change response, there additionally needs to be a supportive role and responsibility taken by those who practice and are professional in the fields of planning, policy, engineering and science, whether as consultants or government employees.