​The presence of geological hazards, such as discrete rockfall events and large-scale slope failures, is well known and nothing new to Aotearoa. The extreme topography and climatic range of both Te Ika-a-Māui and Te Waipounamu results in transportation corridors that have to navigate challenging terrain, resulting in infrastructure and users often being subject to geohazards.

This is a short paper highlighting the importance of utilising greater extents of readily available data to inform on the Life Safety risk posed by geohazards to the users of highway networks in New Zealand, with the end goal of reducing their impacts in a cost-effective and sustainable manner. It also provides an overview of how continuously consumable and relevant data can be used to automatically provide indicative risk estimates, at scale.

The 7.8 Mw Kaikōura earthquake of 14 November 2016 resulted in ~10,000 landslides which closed State Highway 1 (SH1) along the Kaikōura coastline between Oaro and Clarence. The Main North Line railway was also closed due to landslides and damage to rail infrastructure. In response, the North Canterbury Transport Infrastructure Recovery (NCTIR) alliance was established between Waka Kotahi NZ Transport Agency (Waka Kotahi) and KiwiRail, successfully restoring and upgrading these vital transport links over a few short years.

​When NCTIR operations in Kaikōura mostly ended in March Waka Kotahi were left with a large inventory of geohazards and geotechnical structures to manage and maintain. The ‘continued and optimal performance of these GeoAssets are recognised by both Waka Kotahi and KiwiRail to be critical in the provision of a safe and resilient transport corridor’ (Easton 2021). Rockfall and landslide events are still occurring along the corridor due to the evolving hillside condition and vegetation cover, post-earthquake.

The combination of these data provides metrics including:


​With strong datasets, each of these variables can be associated with statistically valid numerical values and therefore the outputs can be quantitative in nature providing actual rather than relative estimation of risk (Figure 3).

​Due to the volume of data, variance in formats, wide range of sources and the varying levels of completeness, a novel approach innovated collaboratively by WSP and Waka Kotahi, was developed.

The processing is undertaken automatically using industry standard data manipulation software, Feature Manipulation Engine (FME). FME is an ‘Extract, Transform, Load’ (ETL) platform which streamlines the translation of spatial and textual data. It was chosen as the platform for this project due to its ability to connect to Application Programming Interfaces (API) to consume data from online sources instantaneously, translate and combine these data in a controlled way and publish new information to online endpoints. The built system in FME uses a likelihood and consequence product rule approach (NSW RMS 2014) as described earlier, together with geological scale event return period frequencies (e.g. order of magnitude), to robustly and consistently assess risk posed by geohazards.

By the automation of the NSW RMS 2014 approach, driven by in-field data capture,, FME and supplementary APIs provisionally estimates risk at scale for hundreds of sites in near real-time and a fraction of the time taken to physically do so. Given the number of geohazards assessed, this provides Waka Kotahi the ability to triage those carrying the highest risk to road users and prioritise detailed geotechnical inspections.

It is important that the estimation of risk is not perceived to be a ‘black box’ approach where risk impact practitioners are unaware of the process and not therefore fully understanding of the outcomes. To avoid this and to provide a fully transparent solution, this system frequently updates online GIS repositories and databases which drive a series of informative dashboards displaying the following:
​

These interactive dashboards have given risk impact practitioners, responsible for the safety of New Zealand’s state highways, a vehicle to own and drive risk mitigation strategies.

Figure 4 - Estimation of current rockfall risk
​Whilst understanding long-term baseline risk is key in defining mitigation strategies, it is also as important to consider the immediate and short-term risk form geohazards to road users due to forecast meteorological conditions. From a quantitative perspective, rockfalls occur mainly during, or shortly after, periods of intense precipitations. The collected data in Kaikōura puts the percentage of rockfall events due to rainfall or wind at 79%. 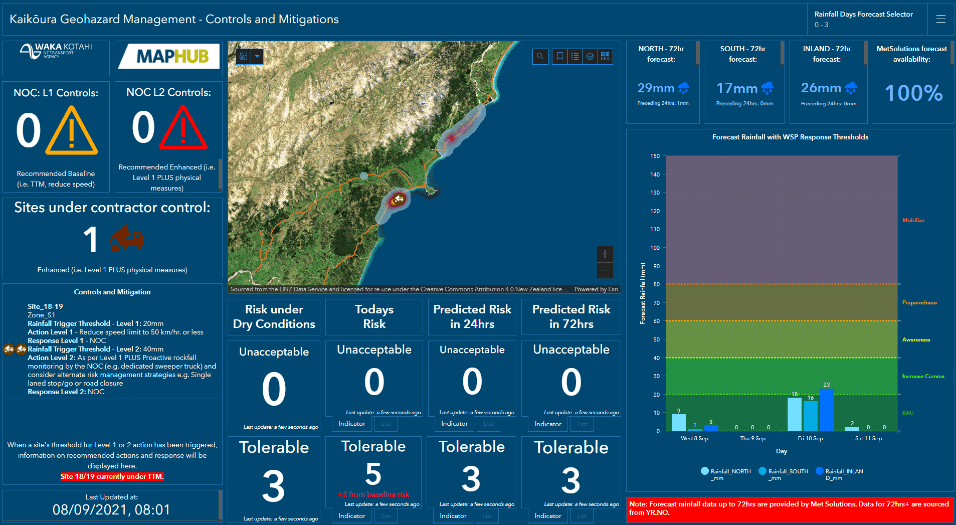 Figure 5 - Predicted changes in risk due to forecast meteorological conditions
​Using observed rockfall events (collected in a standardised format with magnitude information) and pairing with meteorological conditions (e.g. recorded rainfall depth or wind speed) on the day of occurrence, enables a probability of future rockfall at particular rainfall intensities or wind speeds, to be estimated. This is a proactive approach to short-term risk management where risk practitioners can make decisions to enact temporary mitigation (e.g. moving the element at risk away from the hazard through a lane drop or closing the road) at sites where risk to the road user is predicted to increase to an unacceptable level.

Ultimately, this allows the relevant authorities to proactively manage the evolving risks posed by geohazards to road users at acceptable or tolerable levels, whilst at the same time undertake longer-term assessments to either invest in permanent mitigation or consolidate the current approach (e.g. addition of instrumentation and smart technology).

​The presence of geohazards along lifelines such as the mountainous transport corridors of New Zealand is well known. The risk of geohazards to the road users is likely to increase given the continued evolution of slopes and hillsides capable of producing a failure, together with the projected increase in traffic volume.  Therefore, the understanding of risk and what it means for lifelines such as transportation corridors is more important than ever.

Building a geohazard management system capable of rapidly estimating life safety risk to road users, effectively managing geotechnical structures and using meteorological forecasts to predict short-term changes in risk levels, is achievable. Starting off at a local scale, with a wealth of great quality data as demonstrated with Kaikōura, is an effective way of highlighting the benefits of good data collection in a standardised format which has enabled the growth into a system which the roading authority now uses to make timely operational decisions.

This paper has provided an overview of what has been achieved so far using this data and how the geohazard management system it drives, provides a near-real time indication of risk estimation. Ultimately this system helps Waka Kotahi to conform to its policy of providing a safer and more resilient road network, ensuring available funds are proportionally invested where the greatest returns are realised.
Download as a PDF
References