Adapting to Climate Change on Scale: Addressing the Challenge and Understanding the Impacts of Asia Mega-cities

Mega-cities are urban agglomerations with populations exceeding 10 million. It was once thought that this threshold was almost unattainable, yet as of 2018 the worldwide ‘club’ of mega-cities has grown to 33, of which 20 are in Asia [6].
Tokyo, Beijing, Delhi, Bangkok, Manila and Jakarta are notable examples of megacities in Asia with populations ranging from 11 to 24 million, and they are all growing.

According to the World Economic Forum, just under half of all Asians live in cities, compared to 82% of Americans and 74% of Europeans. Asia is now undergoing a very rapid and large-scale rural-to-urban migration. Asia is projected to have two-thirds of the world’s megacities by 2025, and while greenhouse gas emissions on a per capita basis can be lower in dense urban areas, cities are still responsible for over two-thirds of emissions worldwide.

What happens in Asia needs to concern us all. Not only is the region a key trading partner for us, but it is a region whose emissions and impact extend beyond its geography and indirectly impact our communities.

Megacities impact the environment and contribute to greenhouse gas emissions in many ways within their municipal boundaries and throughout their supply chain. They consume energy and resources for construction and operation of buildings and infrastructure, create pollution in the air, rivers, and seas, and they generate enormous amounts of organic and inorganic waste. A troubling statistic on pollution, for instance, for Asia is that China, Indonesia, Philippines, Thailand, and Vietnam are dumping more plastic into oceans than the rest of the world combined.

The mega-cities of Asia are highly exposed and vulnerable to the effects of climate change. Recent studies suggest that the exposure may have been underestimated for Asian cities. For instance Jakarta and Bangkok are literally sinking under the weight of their populations, and approximately 70 percent of people worldwide living on land vulnerable to sea level rise and coastal inundation are in eight Asian countries: China, Bangladesh, India, Vietnam, Indonesia, Thailand, the Philippines, and Japan.
Table 1: Current population below the elevation of an average annual flood in 2050 (top six countries) [7]

The direct impacts of increased temperatures, higher storm intensities, and coastal inundation are amongst the critical threats, but the indirect impacts of climate hazards on critical resources, food, and energy supply and management are other insidious issues for which many cities are woefully underprepared.
"What if we set the world on fire, not by burning fossil fuels, but by our burning desire to understand our environment?"
Laura Tenenbaum, Former Senior Science Editor for NASA’s Global Climate Change website at NASA’s Jet Propulsion Laboratory

So, what can we do about it? The answer is many things and too many to address here. Instead, here are 6 ideas that are gaining traction and are being considered by planners, engineers, and municipal authorities responsible for urban development in Asian megacities.

#1: Applying a focus on climate resilience as part of strategic and other impact assessment

Climate resilience requires us to consider both mitigation and adaptation, and we need to ensure that we don’t take maladaptive steps or make decisions that lock us in to approaches that we’ll regret later. 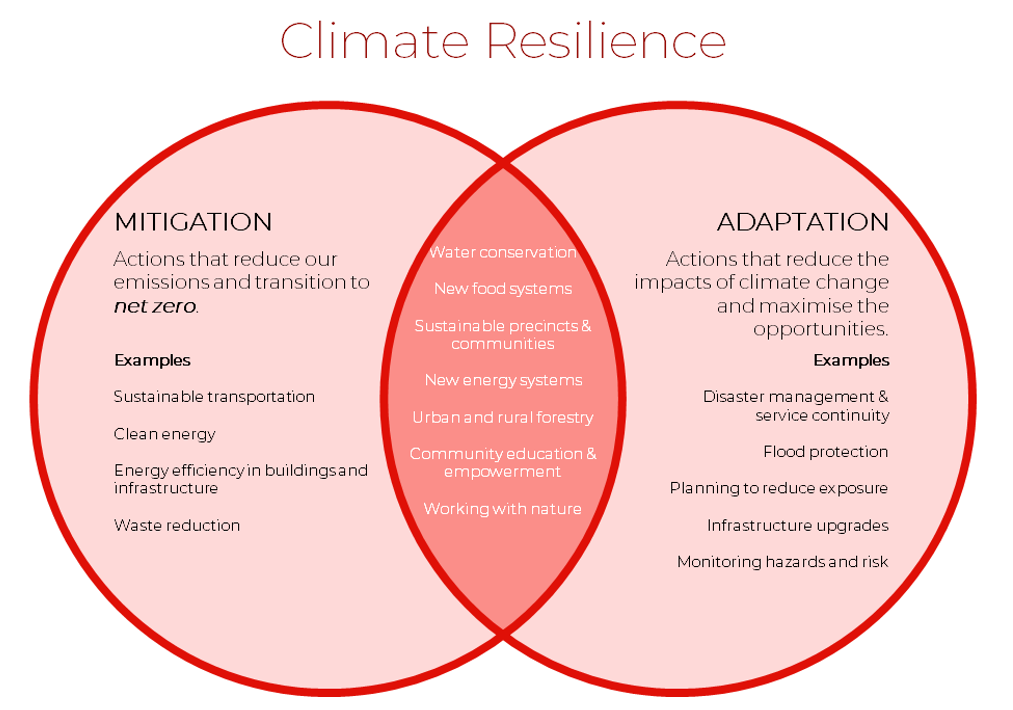 Figure 1: Climate Resilience as an outcome of coordinated and synergistic activities addressing mitigation and adaptation on scale. [8]
By adopting a holistic climate resilience framework and organising action and investment under it, leading cities are making progress and getting organised. They are identifying synergies, the win-win situations, when actions reduce both carbon emissions and climate risks. These cities understand the trade-offs and can mitigate any threat of malinvestment where actions can be undone or rendered less effective by the effects of climate change if they are not sufficiently resilient. They are also capable of piggybacking opportunities and identifying actions that are coupled in their design or implementation and where additional mitigation or adaptation actions can be added at a small marginal cost. Certainly, taking such an integrated approach to mitigation and adaptation is efficient and is proving effective.

#2: Understanding and measuring the risk to inform strategies

Risk is a measure and not a nebulous or arbitrary concept. It is expressed as a function of a) hazard intensity and probability, b) the exposure of things we care about to the hazards, and c) the vulnerability of the exposed elements.

Each of these components of risk are highly variable in space and time, and this makes it tricky to understand and model. However, there are many sophisticated modelling frameworks for risk, and cities can also move forward effectively by adopting qualitative assessments of risk in order that they identify the high priority areas to focus on.

A common way to visualise risk is as a Venn diagram where risk is the intersection of hazard, vulnerability, and exposure. 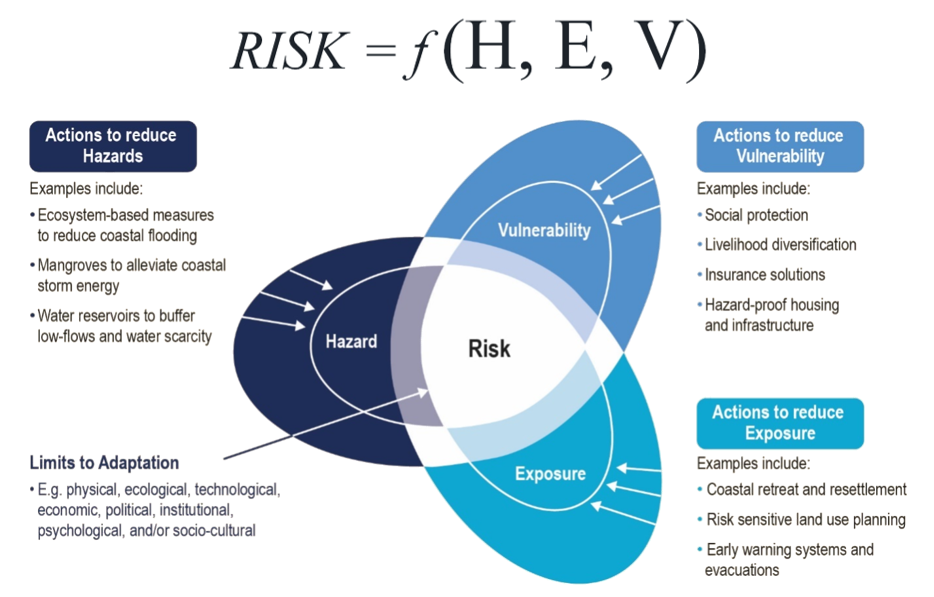 Figure 2: The risk function and its common visual representation with examples of actions to mitigate climate risk. [9]
Cities that take a risk-based approach to their impact assessment processes and to decision-making for spatial planning and infrastructure development are in a better position to identify risk hot-spots and to prioritise investment in adaptation. By applying multi-hazard risk assessment some cities are proving more likely to develop effective policies to adapt exposed communities, limit further exposure, and reduce overall vulnerability.

#3: Joining a coalition of the willing

Everyone is learning. Collaboration amongst cities is critical, and the new mega-cities need to harvest knowledge from other cities that are moving forward with climate action.

It is very encouraging to observe the emergence over the past 10 years of strong city networks building capacity and driving implementation of ambitious climate action plans. For instance, the C40 network [10] is a global network of 96 cities, including 26 megacities, that are firmly committed to transition to a net zero economy. These cities represent 25% of global GDP and over 700 million citizens. There is good news with 53 of the 96 cities having peaked in their emissions before the end of 2020. Most will be net zero by 2045, and this network of cities is growing. Other active and determined networks include the Global Covenant of Mayors [11] and the Asian Cities Climate Change Resilience Network [12].

Consider the ecological footprint and emissions, not only within the city limits, but also the emissions and impacts at source of all materials, products and goods it imports.

The role of municipal authorities is to lead, enable, and inspire sustainable development and transition to a low carbon economy, and it is encouraging that cities are now beginning to adopt aggressive sustainable procurement policies that reduce environmental impact and emissions throughout the supply chain, but there are huge an untapped opportunities to do far better in this regard.

Transition Engineering [13] is a powerful and straightforward evidence-based approach that engineers can learn easily and use to help shape future cities. It takes a systems perspective to plan changes to today's engineered systems that ‘downshift’ the fossil fuel-based energy that they require. Effective transition must involve the whole of society, economy, law, ecology, infrastructure, and energy and material supply chains.

Application of the approach by engineers responsible for city master-planning planning and infrastructure development would be a very powerful lever. The Interdisciplinary Transition, Innovation, Management and Engineering (InTIME) Methodology central to Transition Engineering generates new opportunities for shift projects with the mission of achieving the 80% fossil fuel production decline required to meet global warming mitigation targets.

What if we could: 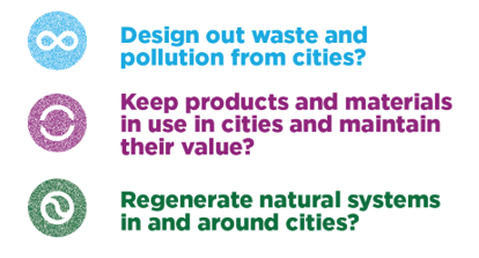 The emerging framework for Adaptive and Circular Cities [15] is powerful. Coupling adaptation and circularity has the potential to unlock innovation on scale and create sustainable and resilient urban environments. In their mission to reduce GHG emissions and minimise waste, several cities are beginning to design their systems around a circular economy to maximise value extracted from products and infrastructure whilst in use and to ensure materials and parts are recovered and regenerated for further use. This approach stimulates the economy and slows over-extraction of resources and over production.

What does this mean for Impact Assessment practitioners?

There’s a lot of work to do, and impact assessment practitioners have a vital role to play as advocates of these and other approaches that drive sustainable urban development on a large-scale.

Whilst many of us are involved already in understanding and mitigating the impacts of rapid urbanisation, we must also consider the impacts (both positive and negative) of large-scale plans and investments made at pace to reduce emissions and adapt our cities to climate change.

For instance, large coastal reclamation projects now planned or underway in many coastal Asian cities are designed to create more land and mitigate against coastal inundation in the long-term, but the environmental impact of material extraction at source, deposition, and transport is enormous and often under-estimated.

Another example of a dramatic response to climate change, is Indonesia’s decision to establish a new city on Borneo to replace Jakarta as it’s State capital. Whilst envisioned as a smart, green, and sustainable alternative, the direct and indirect impacts on the environment and society will be extraordinarily hard to mitigate at the pace the government is intending to move.

Such transformation should be informed by rigorous analysis of the impacts of these well-intended investments, but most cities are paying too little attention to the environmental, social, and cultural impacts of taking rapid action to reduce emissions and build their resilience to natural hazards. This presents an opportunity for both scholars and practitioners of impact assessment to explore the pros-and-cons of mitigation and adaptation in order to support better decision-making in our future cities.
Download Article as PDF
References:

[1] Our World in Data – Urbanisation (https://ourworldindata.org/urbanization)

[5] NASA (2019) “A Degree of Concern: Why Global Temperatures Matter” (https://climate.nasa.gov/news/2878/a-degree-of-concern-why-global-temperatures-matter)

[9] IPCC Special Report on the on the Ocean and Cryosphere in a Changing Climate (https://www.ipcc.ch/srocc/)